My Motivation is ME from Now On 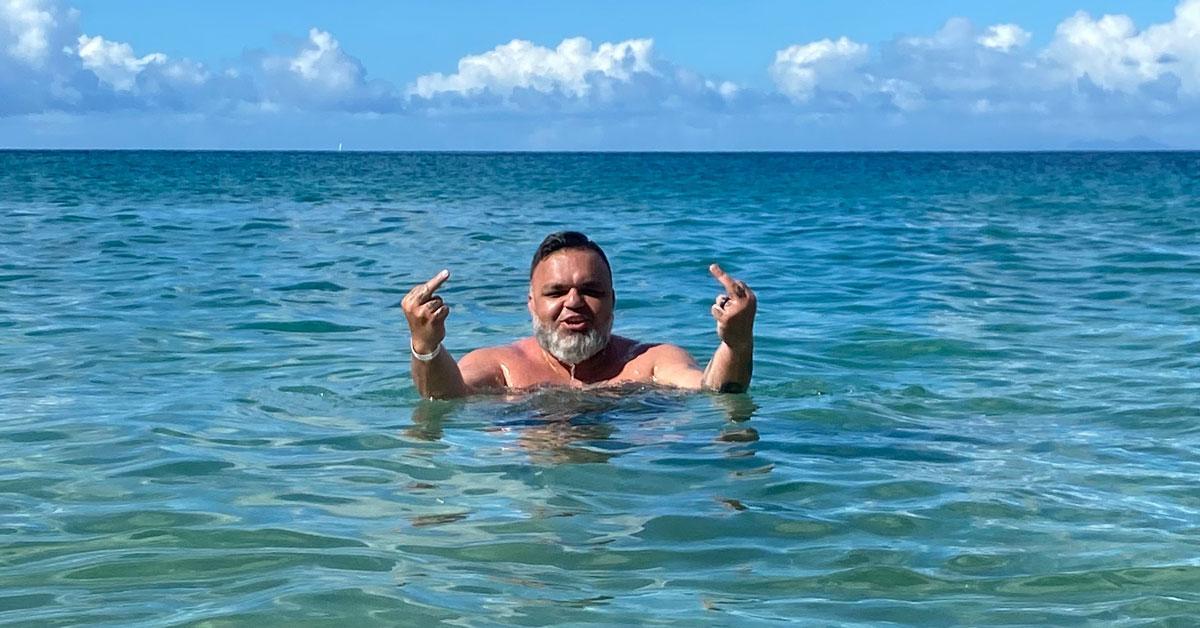 I just returned from vacation and I have a new goal in life.

The past six months were terrible. I was a fraction of my old self and shut myself off emotionally from everyone. Zero cares in the world and I was okay with that. The constant giving took its toll, toxic relationships came to a boiling point, work was a bore, I gained all the weight I lost back, you get the idea.

It was so bad, that even though I caught the plague (COVID-19), I felt like it was the most interesting thing that happened to me during my funk because I couldn’t control it and I wanted to see what all the talk was about. I can honestly say it was the lowest point in my life thus far.

But this isn’t a post about poor me, that shit is for the birds. I’m getting to the good part, just bear with me.

I did something I NEVER thought I would ever do.

My doctor was concerned with my well-being and sent me to a therapist. He gave me a depression test, scored high which is shitty in this situation, and told me I would be receiving a phone call. He also prescribed medication, but I couldn’t do it. I know it helps many people and I am in no way judging anyone, I am only speaking for myself, and being “old-school”, it just wasn’t an option. Even therapy was a “no-no” in my mind, but what could it hurt?

I received that phone call and it was a pretty eye-opening experience. You always have friends and family telling you it’s going to be okay, it’s nothing to worry about, it’s not your fault, the classic excuses and you give them the good ol’ “thank you” and move on with your shitty situation. In this case, I had someone with no connection listening to my story and had no reason to bullshit me.

The sessions were remarkable and helped relieve me of guilt that’s been weighing me down me for years. Stress is a motherfucker, but guilt is a 10-ton anvil of stress on your chest that won’t let up for a second. If you are having issues in your life, no matter how large or small, I urge you to seek help. Therapy doesn’t mean you are weird, broken, or not worth anyone else’s time. In my case, it didn’t make me feel like less of a man, it rather told me it was okay to be a little fucked up as long as I didn’t stay there forever. If you need any help or want to know more about my experience, feel free to contact me.

It Was a Week of Firsts

Jill and I booked a trip to St. Lucia two years ago when we were in Jamaica. To say I was looking forward to this trip after the holidays would be an understatement. Therapy was going well, the toy drive was a success, and I really started to feel the sunshine on my face again. I knew this week away from everything was truly a necessity and I was anxious to get my “new life” started.

The amount of shit was had to go through in order to get on a plane last month was enough to make you want to consider rescheduling, but we followed the rules and made it to St. Lucia. It was an amazing week of rest, relaxation, excitement, firsts, and good old-fashioned fun. After a mere 24 hours, I knew I had to change my life so that I could start working to live, not the reverse.

Here’s what I learned that week:

1) Country music is great if you listen to the right songs.
2) Bailey’s on the rocks is adult chocolate milk.
3) The water in the West Indies is NOT like the waters back home.

The Waters of St. Lucia were a Cleansing

My favorite part of the trip was wading in the ocean at least once a day. Every time I entered the water, it felt like a cleansing, or maybe even a baptism. Pools are nice, but when you have a chance to take a dip in the warmth of the Caribbean, you do it.

The ocean current was strong and made me earn the time I spent in her arms. But once I found my footing and was out far enough to avoid the waves, I felt a weight being lifted. The water is alive, and as it passes through your arms, toes, fingertips, you are connected to it. It knows you are in need of its natural healing, so it hugs you in a way nothing else will.

Yes, I also became a hippie in St. Lucia…not that there’s anything wrong with that!

My depression was ending and that was the best part of my trip. The ocean was telling me it was time to move on and begin again with a newfound motivation of me. It was the closest I ever felt to my natural being and was a reminder that in the end, what do all these things mean? Work? Money? Stuff? It’s all meaningless unless you live a life of full-on enjoyment and experiences you will think about when the lights are ready to go dim.

I have too much living to do and I’m starting now.